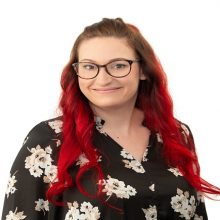 Hollie joined our accounts team in January 2021 working alongside Matt James  and his team in the corporate department.  She has studied AAT to level 3 on a self-study basis  whilst working in her previous role as an office manager in industry. Once her AAT is completed, she has set her sights on the prestigious Chartered Accountancy qualification as the next stage of her career progression.

She is a fluent French speaker having lived in France for over 10 years and loves running and walking.  Her last challenge was the Yorkshire 3 Peaks and she is hoping to take part in Geens’ next charity challenge.